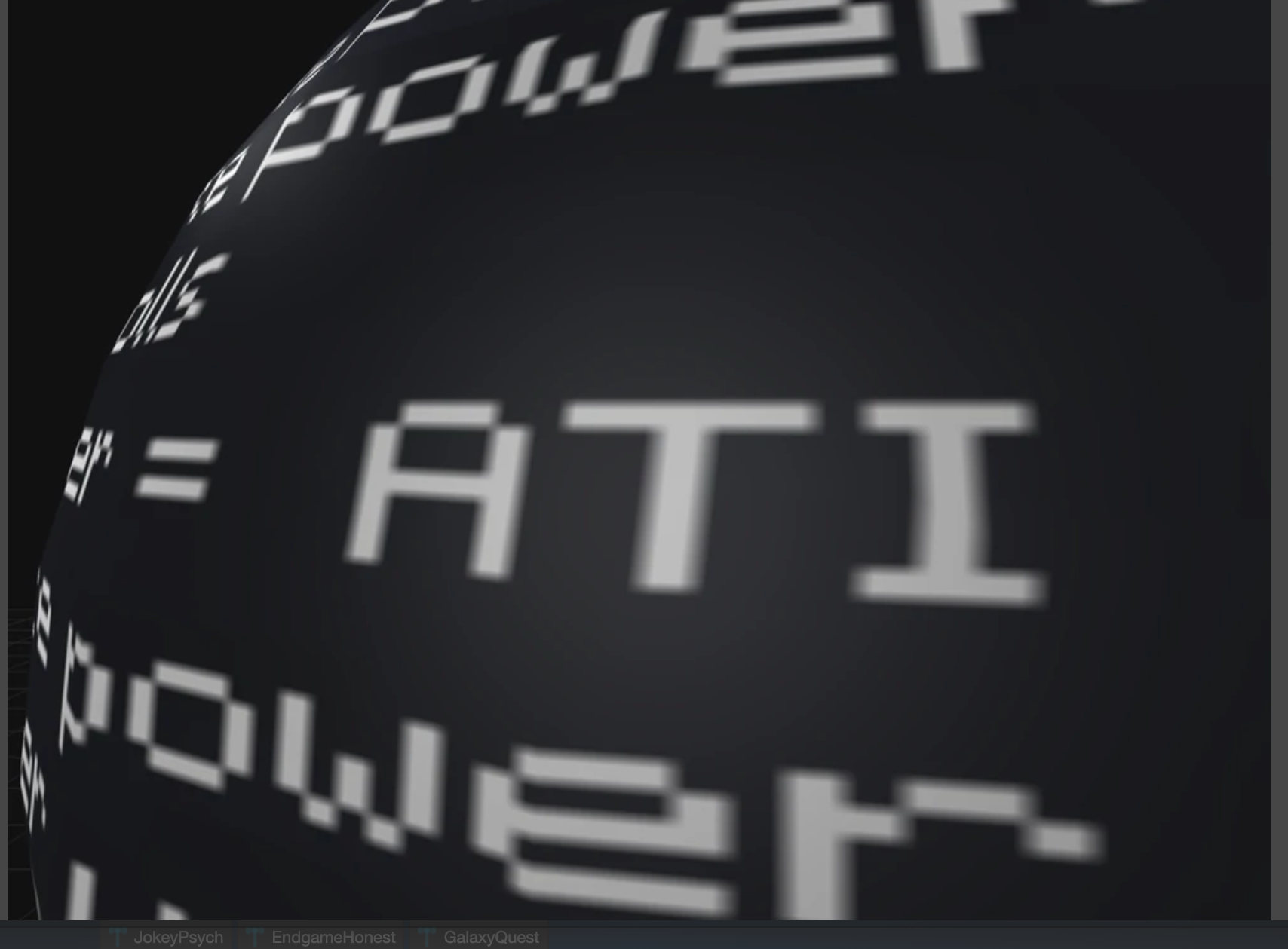 So, we submitted this to the New York Times and heard nothing back. Their loss because once again, our expertise is continuing to prove accurate.  Just yesterday there were nearly 100,000 tweets calling, in some form, for once untouchable Oprah to take responsibility for launching the careers of Dr. Oz and Dr. Phil who are now suggesting that schools should re-open because we will probably only face a "2%-3% mortality rate if they do" and "we don't close the country for car crashes, why should we for this(pandemic)," respectively.

This is all not so much about Winfrey as it is that further evidence that our culture is rapidly shifting and determining that those once held as sacred will undergo even greater scrutiny as new metrics around social responsibility and engagement explode. The current crisis will accelerate this in ways that will not be changed. We see big brands falling into line about "service over selling," services for free and much more. This should inform all that you do, going forward.

Here is our original submission to the Times about two months ago:

The controversy surround CBS anchor Gayle King and pop culture icon Snoop Dogg is a massive part of the cultural-narrative-of-the-moment. At the heart is the fact that many thought King showed great insensitivity to mention, in any context, the dropped sexual assault charges of the now late basketball star and personality, Kobe Bryant less than three weeks after his death. Rewind just a few weeks before this incident and King bestie Oprah Winfrey was also publicly engaged with by entertainment mogul and current subject of the latest #MeToo subject documentary which was just picked up by Netflix, Russell Simmons. Simmons publicly called Winfrey out for being a part of what he thought was a media project that was an unfair representation of his character. She reneged and pull out of the project altogether after being uncharacteristically and publicly questioned in the digital spotlight. While we tend to see such events as random and disconnected, they actually point to much larger cultural trends that are creating true paradigm shifts in our society.

Naturally these two these two high-profile, social media debates are being deeply tied to race and gender. Indeed, there is so much tension related to the King incident that now even former National Security Advisory Susan Rice has entered into the fray, complete with expletives, no less. While the threats, behavior, and tones around these incidents are troubling, to say the least, what is currently missing, however, is the actual identification and analysis of how these controversies are demonstrative of a much larger, powerful and underlying cultural trend for which most are simply not prepared.

To understand this, one has to look back over recent developments in the brand shifts of these individuals. In years past King and Winfrey have occupied seats of authority and all the splendor that such a position brings. Indeed, less than a year ago, King more than doubled her salary from $5 million to $11 million dollars per year. 2019 was a banner year for the CBS anchor who even landed a spot on the coveted Time magazine’s 100 Most Influential People list.

She steadily climbed from hosting a radio show on XM Sirius to a televised version of that on Winfrey’s OWN network to securing a spot as an co-anchor on CBS.

Winfrey’s name is synonymous with success with examples of such via the amassing of a fortune through a number of media platforms. She is the first African-American billionaire, and a figure so well known that she needs only one name. A king- and queen-maker by mere mention of a person, this individual epitomized power.

Yet the once unquestioned authority of such individuals is now being questioned and, little by little, being chipped away. Early indications began years ago where, for example, the “O” magazine portion of the Winfrey empire, like many periodicals, faced ad sales increase issues. At one point sales plunged to 32 percent, according to Audit Bureau of Circulation figures a few years ago, as compared to a drop of 10 percent of other consumer magazines. The title has bounced back to a certain extent. Though currently lauded as one of the most successful women’s magazines today, the average median age of the reader is nearly 50, squarely set in the Generation X quadrant typified as a bit brooding, uncertain and auto-focused.

Far off the radar or and hardly any match for the massive 80+ million Millennial demographic that is reported to be more self-aware, conscious and most importantly, challenging, and outspoken than any demographic in our history. Indeed the mindset is so powerful that it can and does impact many within a variety of age demographics as the reach and voice is so widespread that cultural norms and values are being shaped overall by this large group.

Today, wealth and television access are not nearly the high-towers they once were. The Millennial mindset has less respect for that than any previous generation. Metrics also include that for which one stands. Simultaneously we are also living within I call the Leaderful era. This is the era where everyone who wants to leads and takes charge. Everyone is his or her own media outlet, hotelier, paparazzi’ and publisher, thanks to the advent of tech-driven platforms such as Twitter, Airbnb, Instagram, and Amazon, respectfully.

The combination is explosive.

The result is that of a decentralized era demonstrative of pushback, challenge, confrontation, and potential anger toward anyone in a position of perceived power who uses it in a manner in which others do not approve.

This is about asserting one’s own voice - harsh, awkward, violent, intelligent, creative, innovative and more – to take and own one’s space. And the rise of individual voice will only become more assertive as emerging tech platforms further burrow their way into our lives. Software that will help people easily create their own “deep fakes” will become conversation fire-starters. Mass adoption of augmented reality will enable individuals to tell stories in more immersive ways and create visuals to sentiment in a way that is incredibly powerful, digital currency will enable greater financial freedom, and 5G will speed the exchange up so fast that we will barely be able to remember what we just saw.

Indeed, what is happening now via the King and Winfrey situations are much, much bigger than what is currently being discussed no matter which side you find yourself. What we are witnessing is actually indicative of the sunset of an old guard that was sometimes helpful but often times all-powerful in telling one what to think, what book to read, what to eat, what side to select.

Today’s individual wants the freedom of that journey him or herself and will and is pushing back hard.

Influence and the influential, now, are not only being re-defined but boldly challenged. The previous gatekeepers and those with whom they align and their unquestioned stances will only become more highly scrutinized. Indeed, there is a prominent magazine that likes to select what it calls “The New Establishment” each year. This is passé, for the New Establishment is really the Populous.

We are watching the tug-of-war play out between these groups whether it’s Bernie Sanders and individual donors, versus Pete Buttigieg and the business elite or the British Monarch versus the redefinition of royalty by a “commoner” in Meghan Markle.

Much is being upended.

Indeed, due to growing shocks and disappointments around poorly managed centralized systems from data breaches to financial crises to poor urban planning, the shift is now toward a massive re-examination of those in any type of position of authority. Competency, agendas, intentions are confronted while, simultaneously, society works to try out other routes that do not rely on these once all-powerful figures and/or systems that have caused devastation. And one doesn’t have to look far to see examples of this cultural change.

The growing gig economy has decentralized the way many of us work. In fact, experts predict that over half (58%) the US workforce will be freelancing by 2027. In the corporate world, more companies are operating with distributed personnel; over the past decade, the number of US employees working from outside of the office rose by 115% to 3.9 million.

Distributed transactions as exhibited via the advent of services like Uber, though still via hierarchal corp structure, are common place. We also now see the rise of dApps (decentralized applications) in response to the once-beloved YouTube to plaforms like DLive that now serve individuals who do not want to be subjected to the actions of one multinational corporation that can arbitrarily take down years worth of content at a stroke of a key. Even the once impenetrable, centralized stronghold of the NBA is being broken down by the advent of the first tokenized contract introduced by NBA guard Spencer Dinwiddie giving him the ability now to allow accredited investors to partake in his earnings and control himself rather than the team owner and did so even under threats of being banned from the league. Though not certain, this action has forced an unprecedented review of Dinwiddie’s plans and will forever reset the power dynamic no matter the outcome.

If we examine the larger context around these debates in which notables are challenged, they become ways in which we can better prepare for a future that is quickly taking shape. As we move further into this next century, those who understand that the rise of the Leaderful era will offer some of the biggest shifts and opportunities of our time, will be those who are better prepared to not only reap financial success but be those who understanding of new sentiment and attitudes will be the strongest currency of the future.